Start a Wiki
What's New?
If you cannot view the gradient effects on the page or on the wiki at all, then your browser/program is outdated. Please update it or view the wiki from a more updated browser/program. Thank you. 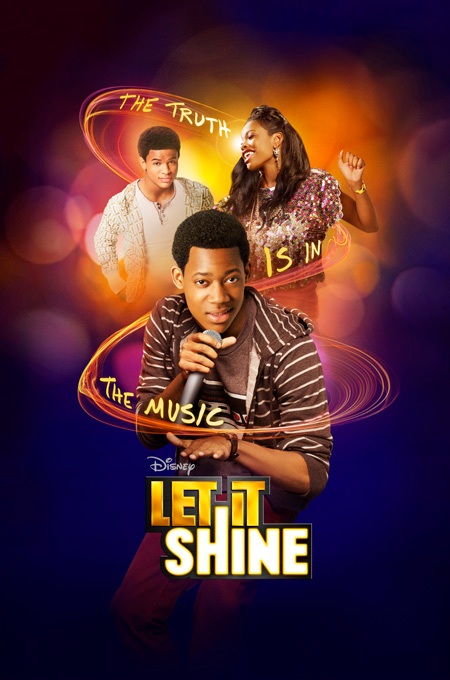 It's finally here! Let it Shine is now playing on Disney Channel! Do you let it shine?!

The Let It Shine Wiki is the official wiki for the Disney Channel Original Movie, Let It Shine! This wiki will give everything on anything Let It Shine related! The wiki is still being built. The movie will premiere on June 15th, 2012, so as we near that date and as Disney releases more and more on this new movie, this wiki will become more and more developed! For any questions, concerns, or worries contact the admins!
Characters
Let it Shine Trailer
What is Let it Shine?

The story follows 16-year-old Cyrus DeBarge, an aspiring musician who has a gift for rhyme yet lacks the self-confidence to take the stage and, through his rap song, tell his longtime crush Roxanne Andrews how he feels about her. After he and his flighty best friend, Kris McDuffy enter a songwriting contest, Kris is mistakenly named the winner for a song Cyrus wrote. Fearful of being thrust into the spotlight, Cyrus panics and allows Kris to take credit for his heartfelt lyrics and soon he’s standing by as Roxanne begins to fall for Kris. Let It Shine premieres on June 15th, 2012!
Poll of the Month
Welcome to

"What I Said" is a pop, hip-hop, and rap song that is sung by Coco Jones as Roxanne Andrews in Let it Shine. Funky and fresh, Roxie is ready to break it down and hit center stage! It's time to gather all around because you don't want to miss this show. We're about to P-A-R-T-Y! Look out for this awesome, hyped up song when Let it Shine premieres, today, at 8/7c, only on Disney Channel! Read more...
Featured Video
Featured Character 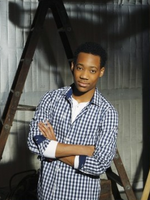 Cyrus DeBarge is a genius rapper and songwriter. He is the main protagonist of Let it Shine. He is pretty shy. His best friend is Kris McDuffy. They grew up together. When Cyrus wins a songwriting competition, run by his childhood friend and crush, Roxanne Andrews, Kris gets mistaken as him (Truth, Cyrus' alias). Cyrus let's Kris go along with it, in fear of being thrust into the spotlight. Soon he realizes he made a huge mistake and he finds himself standing by as Roxanne begins to fall for Kris. Will Cyrus finally reveal himself as Truth and win Roxxie's heart? Find out when Let it Shine premieres, today, at 8/7c, only on Disney Channel! Read more...
Featured Cast Member 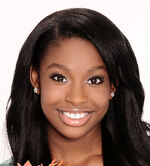 Coco Jones is a 14 year old singer and actress. She plays Roxanne Andrews in the movie, Let it Shine. Coco was born in Columbia, South Carolina and was raised in Tennessee by professional football player, Mike Jones, and a session vocalist, Javonda Jones. In 2009, Jones performed the National Anthem twice at NFL games. Since then, she competed in Radio Disney's Next Big Thing season 3 and has a recurring role is Disney Channel's Sonny With a Chance spin-off, So Random! We are all so excited to see her rise higher to the top when she stars as Roxxie in Let it Shine! Coco also replied to one of our admins, Jessie1010, on twitter. She is the whole inspiration for our main page! Thanks Coco! Read more...

Retrieved from "https://letitshine.fandom.com/wiki/Let_it_Shine_Wiki?oldid=5622"
Community content is available under CC-BY-SA unless otherwise noted.